If Sea moss gel kept in a well-sealed jar in the refrigerator for a month, and for two to three months in the freezer. However, throw it away immediately if it smells terrible or is discolored. Always prepare sea moss gel in small batches rather than in huge quantities. How to store sea moss gel

The coldest temperatures cause sea moss gel to last the longest. As a result, I suggest keeping this gel in the refrigerator's very back.

Add it to a sealed container after mixing it in a high-quality blender for better storage. These containers are appealing to me since they maintain a tight seal, letting as little air as possible into the container.

Avoid touching the gel as much as you can to prevent dirt and bacteria from returning. Additionally, it prolongs the gel's shelf life and stops mold from developing inside the gel too soon.

As was previously described, The gel should then be kept in the back of the refrigerator for the coolest gel and longest use.

How to store dry sea moss

For the greatest shelf life, dry sea moss can be kept in a zipped bag and kept cool and dry for up to a year, But its also depending on where you buy it from.

Since dry sea moss lasts far longer than the gel that is made from it, it is recommended to just make as much gel as is needs at the time of use.

This is as a result of the water that was used to make the gel. Living plants or algae become substantially more sensitive to mold growth when water is added to them. Hence the 2-4 week shelf life of the gel.

How to Apply Sea Moss For Skin

Apply sea moss gel as a mask to your face by taking a sufficient amount. To get smooth and supple skin, let it on for 25 to 30 minutes and then wash it with lukewarm water.

How to Apply Sea Moss For Hair

Apply sea moss gel on your hair as a hair mask and leave it to sit for 20-25 minutes. Then wash your hair with your regular shampoo and lots of water.

Can you freeze sea moss gel 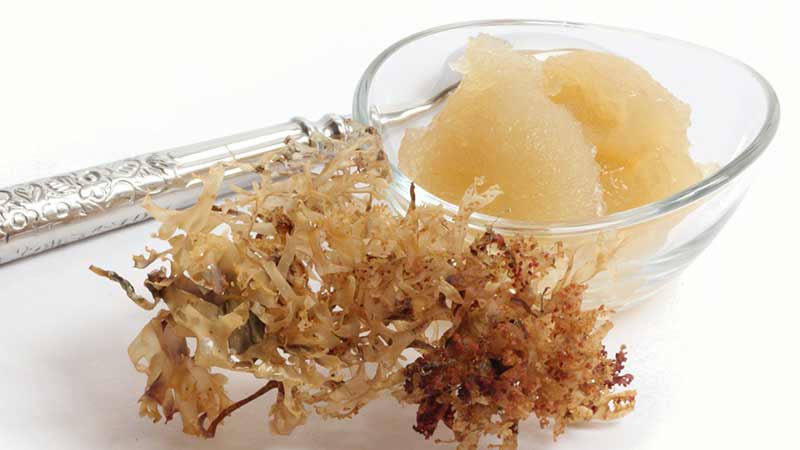 Also a best storage way, store sea moss gel in large ice cubes rather than one big bunch. So, it can be use as needed instead of having to unfreeze the entire batch.

If you don't use it all, I wouldn't suggest you freeze it again and again.

The best way to store your gel for future usage is probably in this way.

See moss gel will expire within a few weeks, but with the right maintenance, it can last longer.

Do not be discouraged from producing this gel because of its short shelf life; it is well worth it! It is loaded with nutrients and has several uses, including promoting immunity and weight loss as well as hair growth.

it is best to purchase sea moss as a large bunch and produce the gel as needed. Since the sea moss is longer than that of the gel.

Whatever you decide, I know that you will receive great benefits from using this amazing, healthy gel.

Join our email list for exclusive offers and the latest news.